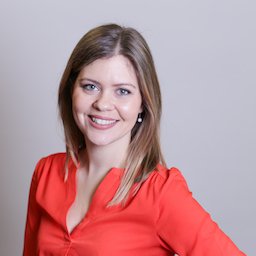 The Legal 500 recommends her and says “calm, clear and smart Liz Timmins finds the killer point and utilises it for the benefit of her clients”.

Liz primarily specialises in the education sector, supporting schools, colleges, universities and associations on the full range of legal issues they face, from employment issues such as dismissals, grievances and restructures to safeguarding issues and parent complaints. She also advises individuals working in the education sector including teachers and academics on issues with their employment, including advising on settlement agreements and Employment Tribunal claims.

Liz also supports students, pupils and their parents regarding issues with their education provider, including complaints to the Office of the Independent Adjudicator and supporting children and young people with special educational needs.

Acting for a variety of clients provides Liz with the widest possible understanding of the broad and connected issues that schools, colleges and universities face, which in turn enables her to advise senior employees, students and children’s parents more effectively.

Liz also regularly advises companies and individuals in other sectors including technology, advertising, healthcare, hospitality, construction, visual effects and not for profit on a variety of employment law issues, from TUPE and restructures to flexible working requests and discrimination claims.

What people say about Liz

“We have been very impressed with the support provided by Liz. She is very professional, diligent and thorough and we appreciated the regular updates regarding the status of matters. She is commercially astute and very easy to deal with. We have nothing but praise and recommendation for Liz and would have no hesitation in recommending Doyle Clayton and Liz to our clients.”

“She’s incredibly enthusiastic and works incredibly hard. She has a very strong ability to cut through mounds of material and get to the gist of things. She’s really efficient and focused – a great member of the team. She’s always nice to work with. Clients like her and I like her. That always leads to better case preparation and performance.”

“…. we worked closely with Liz Timmins and Anna Blackden at Doyle Clayton who expertly guided us through unchartered territory, successfully taking us through the process of applying for a sponsor licence and assigning this to the successful candidate who started in September on a 3 year Tier 2 visa. I am truly grateful for their specialist knowledge of immigration law, their patience in explaining complex details with such simplicity and, above all, inspiring us with the confidence that our challenge was indeed possible (although there were no guarantees). I would wholehearted and unreservedly recommend their services which has been professional and exemplary.”

“I’d in particular like to thank Liz Timmins, who has had to listen to my baffling queries on a near weekly basis for the past year and a half, and always provided me a friendly, quick and precise response. I’m in no doubt that these queries have been difficult, from sponsor license reapplications, to building leases, and the more recently the company reorganisation, and then to the general everyday Right to Work compliance issues, but every time she has come through with her encyclopaedic immigration knowledge.”

Examples of Liz’s work in the education sector includes -

Liz also regularly attends education association conferences and events including for ISBA, IAPS, AoC and UKCISA, and frequently delivers training sessions at a number of these, including on harassment and Brexit.

Examples of Liz’s employment law work in other sectors include -