How to apply for a sponsor licence in the UK 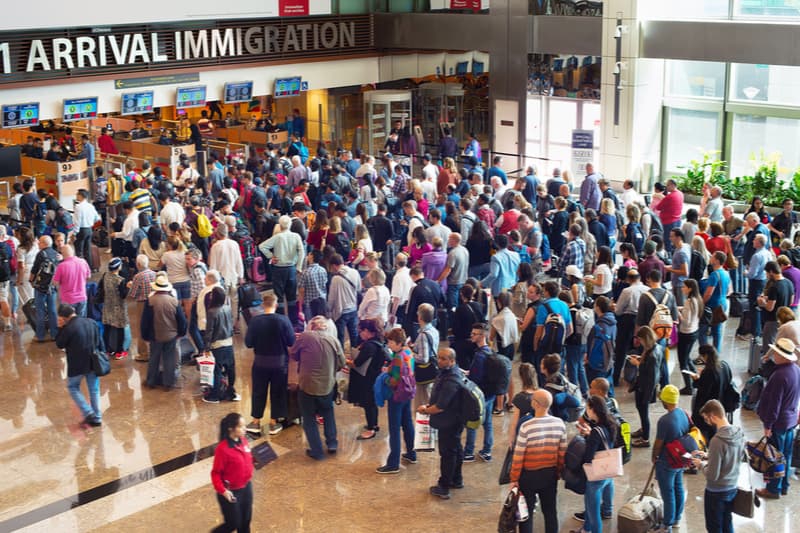 What is a Sponsor Licence?

Employers usually need a sponsor licence to employ someone to work for them who is based outside the UK. This includes citizens of the European Union (EU), Iceland, Liechtenstein, Norway and Switzerland who arrived in the UK after 31 December 2020. They must have a job offer from an employer who holds a valid sponsor licence.

Employers must apply to the Home Office for a sponsor licence and prove they meet the strict eligibility and compliance requirements before they can sponsor foreign workers in the UK. This includes some unpaid work, like running a charity.

Not all foreign workers need to be sponsored. Employers do not need a sponsor licence to sponsor some groups, such as Irish citizens, those with status under the EU Settlement Scheme, and those who already have alternative status in the UK such as an Ancestry or Youth Mobility visa, or those with Indefinite Leave to Remain (ILR) in the UK.

Our team of experienced immigration solicitors have answered some key questions that are often asked when applying for a sponsor licence.

How do you get a sponsor licence?

To become a sponsor licence holder, you must apply to the Home Office and provide evidence to show that you meet the requirements. You must also pay an application fee. A number of steps are involved in this process, including:

What are the categories for a worker licence?

What is a Certificate of Sponsorship (CoS)?

A Certificate of Sponsorship (CoS) is an electronic document which a sponsor issues to its workers. It sets out mandatory details (such as salary, role, job location, work hours, occupation code etc) and facilitates the worker’s application. It effectively acts as a ‘work permit’ for the sponsored role in the UK and needs to be issued to each foreign worker who applies for a sponsored work visa, including those who are already in the UK and require sponsorship

There are two types of CoS in the new UK immigration system:

How long does the sponsor licence application process take?

Sponsor licence applications can take 8 weeks to be processed once submitted but delays are possible. A priority service is available which can expedite the processing time to 10 working days for an additional fee of £500, but limited slots are available each day for priority requests.

How much does the sponsor licence application cost?

The fee depends on whether the sponsor is a small, medium or large sponsor, and on the type of licence you are applying for.

A small sponsor is a company to which at least two of the following apply, as set out under the UK Companies Act

A charitable sponsor is either:

Once your licence is granted, you will then need to pay sponsorship fees for each worker you sponsor. To help you with your sponsor licence applications we have a specialist team ready to help you. They can give you up to date advice on all costs involved.

What are the key eligibility criteria for a sponsor licence?

You do not need to have a specific worker in mind to sponsor in order to apply for a UK sponsor licence. If you are likely to need sponsored workers in the future, we recommend you make a speculative application now to avoid delays to lead times when you do find a candidate who needs sponsorship in the future.

However, if you do have a sponsored worker in mind for the role, you must ensure that the role meets the required eligibility threshold for each type of visa.

For a Skilled Worker visa, you need to show that:

For an Intra-company transfer visa, you need to show that:

For an Intra-company Graduate Trainee visa, you need to show that:

Each occupation code has its own annual going rate

What documents do I need to apply for a sponsor licence?

Annex A is divided into various tables which lists the documents required depending on the nature of the organisation and the type of licence being applied for. Most sponsors will likely be able to provide the following documents:

In addition, if applying for a Skilled Worker (previously Tier 2 (General) licence):

There are additional requirements are applicable if you are applying for other types of sponsor licences. For example you need an affidavit for an Intra-company routes licence, setting out how your overseas entities are linked by common ownership and control to your UK entity applying for a licence. There is separate guidance and extra compliance requirements if you are an Education organisation applying for a Student licence.

How long is my sponsor licence valid for?

The sponsor licence will be valid for 4 years. You must then renew the licence before it expires if you wish to continue to sponsor workers. You can lose your licence sooner than this if you do not meet your responsibilities as a sponsor (see below).

What can I do if my sponsor licence application is refused or rejected?

If your sponsor licence application is rejected, this will usually be because of an issue with the application itself, such as an incomplete set of supporting documents which meant that the decision-maker was not able to make a decision. In this case, you can re-apply for a licence (and pay the fee again) and ensure you address any issues with the rejected application in your new application.

If your application is refused, you will not be able to apply again for a licence for a ‘cooling off period’ of at least six months (it can be up to 12 months or five years, depending on the nature of the refusal). There is no right of appeal for a sponsor licence refusal, but you may be able to ask for any caseworker error to be rectified. If no caseworker error was made, you will need to wait until the cooling off period has passed before re-applying and ensure you address the reason for refusal in any subsequent application.

What are the sponsorship licence ratings?

If you are found to have breached your sponsor duties, your licence may be downgraded to a B-rating at a later stage. This means that you will be unable to issue new certificates of sponsorship (and therefore, will be unable to sponsor any workers) until you have made the necessary improvements required by the Home Office and been upgraded back to an A-rated sponsor. You may be asked to follow an ‘action plan’ provided by the Home Office to upgrade your licence. The ‘action plan’ will cost £1,476 and this must be paid within 10 working days of the date the UKVI tells you to downgrade to avoid losing your licence.

B-rated sponsor licence holders can still issue certificates of sponsorship to workers who are already employed and need to extend their permission to stay in the UK.

If serious compliance breaches are identified, the Home Office can suspend or revoke your licence which can result in disruption to your ability to sponsor workers and to the permission of your existing sponsored workforce. Therefore, it is important to have the appropriate systems in place to ensure compliance throughout the time you hold a sponsor licence.

How can I renew my sponsor licence?

You should add a date to your diary to remind you of the date your licence will expire. We recommend setting the reminder for 4 months prior to the expiry date, to allow you time to file the renewal. You can apply to renew the licence from the online sponsor management system.

What are my duties as a sponsor?

Obtaining a sponsor licence is not the end of the story – in fact, it is just the beginning. As a sponsor, you will be subject to strict compliance and reporting duties throughout your licence.

The Home Office have guidance on sponsor duties and compliance. They include reporting duties, record-keeping duties, the requirement to comply with UK immigration laws and wider UK laws, and not engaging in behaviour or actions that are not conducive to the public good. In addition, you will have a responsibility for each sponsored worker which starts on the day you assign a CoS to them.

For sponsor licence applications including advice on duties of a sponsor, contact our head of Business Immigration Services Anita de Atouguia

“Anita de Atouguia heads the business immigration practice and has ‘staggeringly high knowledge and interest’ in this complex area (immigration)."

‘The immigration team at Doyle Clayton are exceptionally knowledgeable, well-organised, accurate, reliable, professional as well as very friendly and approachable. We know that our immigration needs are in excellent hands with the team.’
(Legal 500)

If you are looking for advice on sponsor licence applications we can help. To contact us call us on +44 (0)20 7329 9090 or email us at info@doyleclayton.co.uk and we will call you. Please leave a message if you can’t get through. We will respond quickly to all enquiries.

Additionally we are happy to advise you by video call. One of our immigration team can often advise you on the same day you contact us.

Tweets by @Doyle_Clayton
Back to top