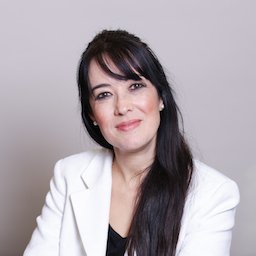 Anita has specialised in immigration law for approaching 20 years and is one of the UK's leading immigration experts. She joined Doyle Clayton in 2012 to set up its Immigration service having worked in the immigration practices of some of the UK’s best known full service law firms including CMS and Lewis Silkin.

Throughout her career, Anita has helped organisations (including law firms) set up and expand in the UK - getting the licences, sponsorships, visas and permissions needed to enable the people that they want as well as their families to work, live and also study in Britain. She has also helped many well-known entrepreneurs, investors, actors, celebrities and sports people as well their relations (including foreign husbands/wives/spouses, civil partners, fiance(es), proposed civil partners, children and adult dependants) and personal advisors come to the UK, extend their stay - with many remaining permanently (Indefinite Leave to Remain), be naturalised and become British citizens and UK passport holders.

Under her leadership the firm’s Immigration team has built a reputation for its “refreshingly straightforward” approach and is regularly described as “excellent” and “outstanding in a really complex area”, and as having “more professional and expert staff than other firms”.

Outside of client work -

Much of this Anita spends sharing her UK immigration expertise and knowledge via social as well as national media. She is regularly in the broadsheets including The Guardian as well as specialist legal press – most recently The In-House Lawyer discussing developments in the UK immigration system and how it can be streamlined, made fairer and less costly for the tax payer. Outside of this she regularly delivers training on compliance with the UK Home Office’s Prevention of Illegal Working regime and the on-line Sponsorship Management System. She also continues to be an in-demand speaker appearing at events including www.healthwellbeingwork.co.uk (Birmingham NEC) and regularly presenting on the immigration impact of employing EEA workers as a consequence of Brexit.