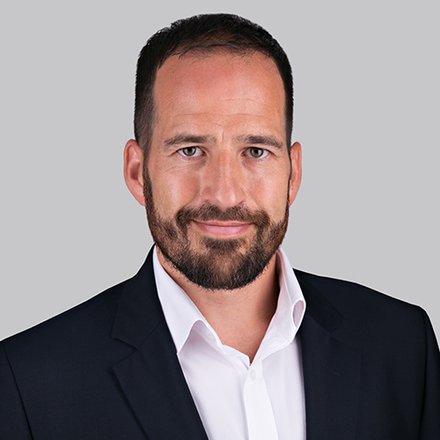 Dan specialises in employment law and advises a range of companies and senior executives, partners and employees. He is known for commercial and responsive advice. He is recommended for his work in the leading legal directories, the Chambers UK Guide and The Legal 500 Guide.

He also advises senior executives, LLP members, partners and employees. He helps them to negotiate contracts and favourable exit terms, and advises on bonus and pay disputes, Board and partnership disputes, whistleblowing and discrimination claims.

He has recently advised Senior Executives, Partners and Employees including -

Dan also takes a lead role in Doyle Clayton’s membership of ELLINT, the network of international law firms. His prior experience came at Olswang (now CMS) from 2001 to 2005, followed by Parker & Co until he joined Doyle Clayton in 2011, becoming a partner in 2015.

He is fluent in French and speaks basic Italian and Portuguese. Dan studied law at a French university and spent a year working at the Council of Europe in Strasbourg before qualifying as a solicitor.

He has written for a number of publications including The Times and several HR magazines.

What people say about Dan

"Dan Begbie-Clench is a highly talented lawyer who has superb technical knowledge but is also able to provide practical solutions to issues."

"He has a lovely and understanding approach, he is very effective, he is thorough and he has good client rapport."

"He's a technically brilliant lawyer and an exceptional strategist."

"He provides wise counsel and advice, and is both thorough and pragmatic."

"He is highly responsive, strong technically, highly personable and easy to work with."

‘Down to earth, practical advice, particularly from Dan Begbie-Clench. He is a great person to work with and really knows his stuff.’

“A 'fantastic collaborator', Dan Begbie-Clench represented a partner in an actuarial consulting business in a race and religious discrimination claim.”

“Dan Begbie-Clench has a huge depth of knowledge. He is able to give high quality, pragmatic and timely advice. He has very sound judgement.” (Client)

“I collaborate with a number of law firms across the world. There is one firm that stands out in the UK: Doyle Clayton. In particular, one lawyer called Dan Begbie-Clench. Dan surpasses any other lawyer I have interacted with. He provides sound advice in all circumstances, takes into account company culture and values and understands readily how he needs to tailor guidance and advice based on his audience.” (Client)

“He is good, very practical. I always find we get very sound legal advice and a practical overlay. He is very good at drafting things, and picks up our business nuances very well. And he has good turnaround times. I have never had a problem with responsiveness.” (Client)

“Dan is thorough, extremely bright, and he had at all times our best interests at heart. He is a superb solicitor, always thinks like a business person, and put our case in a position where we received the results for which we bargained." (General Counsel, international insurance brokers)