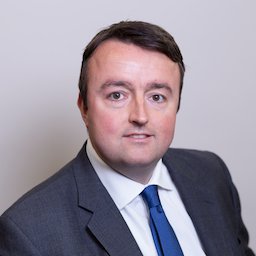 Andrew is one of the UK's leading pensions lawyers and advises corporates and trustees on the full range of pensions issues across advisory, transactional and contentious matters.

Andrew leads Doyle Clayton's pensions practice and has advised UK businesses and trustee boards on the full spectrum of pensions issues for well over a decade. He joined Doyle Clayton in 2017 having previously worked in some of the most prestigious UK law firms, including Slaughter and May and Allen & Overy.

"Knows his stuff on pensions, and is able to commercially get to the heart of the matter."

"Good at explaining the complex issues in an easy to understand way."

"Magic circle expertise, at a much more affordable price."

"Affable, always quick to respond and provides a great level of service."

"Great to work with and operated as an extension of our in-house team."

During the course of his career, much of Andrew's time has been spent advising and assisting sponsoring organisations of defined benefit (DB) pension schemes with the range of problems and challenges associated with defined benefit pension provision.

For many organisations, the open ended promise to pay ex-employees a guaranteed pension for life creates commercial as well as practical issues compounded through ageing schemes with complex and increasingly uncommercial rules, recipients living longer, economic and political instability as well as declining investment performance.

This has seen Andrew help organisations find increasingly innovative ways of changing their pension arrangements to protect their cashflow and profitability as well as providing an acceptable return for shareholders. It has included assisting DB scheme sponsors manage legal and regulatory risks through scheme closures, benefit redesign proposals (such as limiting pensionable pay increases), the associated employment and consultation aspects of these changes and other liability management exercises.

He also regularly helps and advises clients with the growth of defined contribution (DC) arrangements, including the introduction of mastertrusts, pensions governance vehicles, and life assurance schemes as well as them comply with recent changes to the pensions tax regime and the introduction of pensions auto-enrolment.

Examples of Andrew's recent work include -

As part of his practice, and as a member of Doyle Clayton’s dedicated EOT Services team Andrew also regularly advises clients on trusts related matters including the establishment of Employee Ownership Trusts, compliance with the related legal and regulatory requirements and staff engagement strategies. He has a particular interest and expertise in drafting trusts documentation for corporate clients as well as advising on complicated points of interpretation as they relate to trusts.

Outside of client work

Andrew is regularly in the media discussing pensions related news and issues – most recently in the In-house Lawyer discussing future challenges on the horizon in the pensions world. He also regularly provides training for the firm's clients on pensions matters and how pensions effects their businesses.

Some of our pensions services you may be interested in