The High Court upheld a six month non-compete clause, even though the employee held a junior role when the contract was signed. There had been subsequent promotions but the parties did not sign up to new restrictive covenants. The employee successfully appealed the case to the Court of Appeal on a separate point, but here we look at learning points from the decision of the High Court.

The High Court granted an injunction to prevent an employee working for a competitor in breach of a non-compete clause.  Although the employee held a junior role when she signed the employment contract containing the restriction, the parties had high hopes for her future career progression.  Whilst the reasonableness of a post-termination restriction has to be assessed at the date it is entered into, the court was entitled to consider whether the parties’ expectations regarding her career prospects resulted in her having a greater level of engagement with clients and confidential information than would normally be the case.

In Egon Zehnder Ltd v Tillman, EZ, an executive search company, recruited Ms Tillman into the junior role of consultant in 2004.  She had a distinguished career in investment banking and was recruited into EZ’s financial services group.  She was considered to be a considerable prize and was expected to rise quickly through the ranks.   She was promoted to principal in 2006 and to partner in 2009.  Her employment contract contained a non-compete clause preventing her from working for a competitor for six months after the termination of her employment.  She did not sign a new contract on any of her promotions.  At the time her employment terminated, she held the position of co-Global Head of the Financial Services Practice group.  She sought to work for a competitor in breach of the non-compete covenant and EZ sought an injunction to prevent her from doing so.

The High Court disagreed.  EZ was seeking to protect its client and candidate connections and confidential information, which were legitimate interests to protect.  When looking at whether the covenant was wider than necessary to protect those interests, the Court had to consider what level of interaction the parties contemplated she would have with those interests at the time she entered into the contract.  This had to be judged not just by reference to her status as consultant (and what the parties contemplated as a result of that) but also taking into account the parties’ expectations of her future promotion and prospects (which may in fact have given her greater engagement with those interests than might otherwise have been expected).

Ms Tillman was not a “run of the mill” consultant. When she was recruited, both parties had high expectations  for her future and her previous experience meant that she had more client engagement than would otherwise have been expected.  She became steeped in client affairs more often and to a deeper extent than might have been expected of another consultant without her large and valuable experience. This was likely to have been anticipated by the parties from the outset because of how they contemplated she would progress.

On this basis, the Court considered that the covenant was reasonable and granted an injunction preventing her from joining the competitor until the covenant had expired.

When considering whether a post termination restriction is reasonable, courts must look at whether it was reasonable at the time the employee entered into it.   If it is too wide at that point, it is void and the employee’s subsequent promotion does not turn it into a valid restraint, as the case of Patsystems v Neilly demonstrates.

However, the Tillman case indicates that where an employee is recruited into a junior position but in the anticipation that they will progress in the role, courts may be prepared to take into account the parties’ expectations in terms of future career progression and whether this in fact gives the employee greater exposure to clients, confidential information and other protectable interests than might normally be the case for someone in that position.

Nevertheless, the safest course when promoting a “run of the mill” employee is to adopt a disciplined approached and issue a new contract containing carefully tailored post-termination restrictions along with obvious consideration in return for the new obligations. Those employers who fail to do so may gain some assistance from this case. That said, the circumstances in which it will apply are likely to be limited to those employees who, in the reasonable expectations of the parties, will become future star performers.

Where great expectations surround a new recruit, employers should establish a paper trail to evidence what is expected of the employee’s progression in the future and what the parties contemplate in terms of the employee’s exposure to confidential information and customer contact as their career progresses.

Ms Tillman appealed successfully to the Court of Appeal on a separate point.  She argued that the non-compete clause which prohibited her from being directly or indirectly concerned or interested in a competing business was unreasonable as it prevented her from becoming a shareholder in a competitor. The High Court rejected that argument.  However, the Court of Appeal agreed with Ms Tillman that a prohibition on being concerned or interested in a competing business also prohibited her from becoming a shareholder.  The non-compete provision therefore went further than was necessary to protect EZ’s legitimate business interests and was unenforceable.  The fact that she did not propose to become a shareholder and instead proposed to become an employee of the competitor was irrelevant. 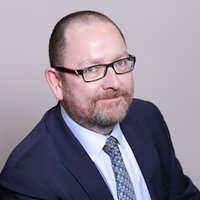