The Court of Appeal has ruled that an employer was vicariously liable for an assault committed by its Managing Director at drinks which followed the office Christmas party, overturning the High Court decision.

In Bellman v Northampton Recruitment Ltd, the Managing Director, Mr Major, assaulted one of the company’s employees, Mr Bellman, causing him to suffer a severe traumatic brain injury. The incident took place in a hotel where a number of members of staff gathered for spontaneous drinks after the office Christmas party. In the early hours of the morning Mr Major began to lecture the employees about how he owned the company and made the decisions. When Mr Bellman challenged him in a non-aggressive manner, Mr Major punched him twice.

Mr Bellman brought a claim for damages against the company, arguing that it was vicariously liable for Mr Major’s conduct. The High Court held that there was an insufficient connection between the Managing Director’s role and the assault for the employer to be held liable.  The drinks were separate from the Christmas party itself and the incident had arisen in the context of “entirely voluntary and personal choices” on the part of those employees who chose to engage in a heavy drinking session.

The Court of Appeal overturned the High Court decision.  The test for vicarious liability required it to consider whether there was a sufficient connection between Mr Major’s position and his wrongful conduct. The Court of Appeal asked two questions.

First, what were the functions or field of activities entrusted to Mr Major (assessed broadly)? This is wider than an assessment of what he was expressly authorised to do. Mr Major was the directing mind of a relatively small “round-the-clock” company, with responsibility for all management decisions. The Court therefore concluded that the nature of Mr Major’s job was very wide.

Second, was there a sufficient connection between Mr Major’s job and the assault? The drinking session was not a seamless extension of the Christmas party but the company paid for the drinks and taxis, and Mr Major wore his “metaphorical managing director’s hat” when he chose to deliver a lecture to his subordinates. The Court concluded that despite the time and place, Mr Major was purporting to act as Managing Director of the company. His position of seniority was a significant factor in the decision.

It therefore ruled that the company was vicariously liable for Mr Major’s assault.

The mere fact that an incident has occurred outside an official company function does not prevent an employer being held liable for its employees’ actions. However the nature of Mr Major’s role made this an unusual case and cases on vicarious liability will always turn on their own facts.  One of the judges was keen to emphasise that liability will not arise merely because there is an argument about work matters between colleagues which leads to an assault, even when one colleague is markedly more senior than another. 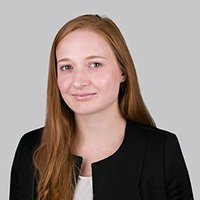