Agency workers - does your business use them? Has the agency supplying them been properly vetted?

What are the repercussions of London Underground being forced to “pay twice” for shortfall in agency workers?

It recently found itself subject to claims under the Agency Worker Regulations 2010 (“AWR”) from 31 agency workers (employed by Trainpeople.co.uk (TP)) for approximately 10 months of underpayments as the agency workers were paid less than comparable LU staff (contrary to regulation 5(1) of the AWR).

LU had paid an amount to TP to make up the shortfall, but the agency had not passed this on to their workers before going into administration (in circumstances which the ET later found were suggestive of fraud) and becoming insolvent.

The claimants subsequently took their claims to Central London Employment Tribunal which determined that TP and LU were equally liable for the breach of Regulation 5(1) and so LU had a 50% liability. However, the Tribunal ruled that the claimants should not be awarded any compensation as that would mean that LU would then have to “pay twice”, as LU had made a relevant payment to TP in the past. This was appealed to the Employment Appeal Tribunal and subsequently the Court of Appeal.

What were the findings of the Court of Appeal in this case?

The Court of Appeal held that LU should pay its 50% liability – effectively meaning LU would pay twice. The Court of Appeal said that LU had chosen to deal with TP, that the agency workers were not blameworthy in this case, and so LU should bear the burden of the agency’s dishonesty. The court made it clear that it would only be in exceptional cases, for example where agency workers were at fault, that a respondent with deemed liability could escape payment of that liability.

What impact will this have on employers?

So, the message of this case for hirers is clear - ensure that you carry out appropriate due diligence on your temporary work agencies and its directors and obtain appropriate guarantees and indemnities to mitigate against the situation that London Underground has found itself in. 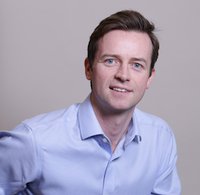