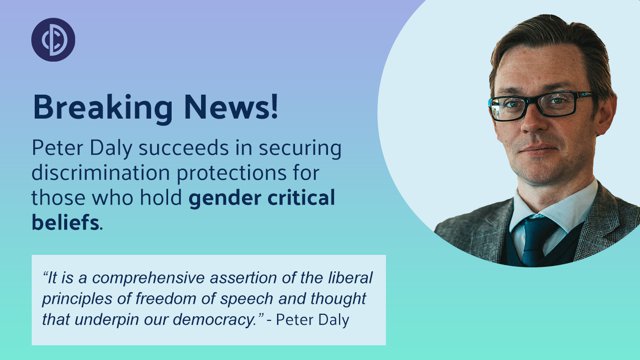 In a landmark judgment, Doyle Clayton’s client Maya Forstater has succeeded in securing discrimination protections for those who hold gender critical beliefs.

This is a case which has generated considerable international publicity, particularly after JK Rowling tweeted in support of Ms Forstater following her initial lower tribunal case. The ongoing international debate around issues of sex and gender will be significantly altered by this case.

The principle established is that those with gender critical beliefs are protected from discrimination because of those beliefs. Those that hold the belief have previously been the subject of attack for doing so.

Gender critical beliefs hold that sex is biological and immutable, that the recognition of sex is necessary for the protection of women and women’s rights, and that it is necessary to refer to people by their sex rather than their identified gender in certain circumstances where it is necessary and important to do so – for example for reasons of safeguarding, women’s sport and statistical data collection. For those with gender critical beliefs, the word “woman” is defined as “adult human female”.

The belief is contrary to a belief in gender theory, which holds that gender is a matter of innate identification, and supersedes sex. Gender theory holds that “Trans Women Are Women”. As sought by Maya Forstater in her case, gender theory beliefs – the contrary to hers, are also recognised as protected from discrimination by the judgment.

The judgment is likely to have significant social impact, and will have particular implications for employers, the legal sector, political parties, universities and in education. In recent years a number of cases have been brought by women who hold gender critical beliefs, alleging that they have been discriminated against as a result of their beliefs. Peter Daly currently represents four such claimants, with further claims being prepared.

The judgment further gives significant clarity to the law around philosophical belief, the relationship between UK discrimination law and European Convention Rights of freedom of speech and belief, and the interpretation and meaning of sex in UK law.

"This is a landmark judgment from the President of the EAT and wing members It is tribute to the skill of Anya Palmer and Ben Cooper QC. Gender critical beliefs are a Protected Characteristic under the Equality Act 2010, and those who hold and express those beliefs are protected from discrimination. It is a comprehensive assertion of the liberal principles of freedom of speech and thought that underpin our democracy.

There are many points of significance and authority in the judgment - clarifying the law around manifestation and belief, settling the process for determining a philosophical belief under the Equality Act, and identifying the inter-relationship in these issues between the European Convention on Human Rights and the Equality Act. By its reliance on the Convention, the judgment has international application. It is authority for the meaning of “absence of belief” at s.10(2) of the Equality Act. It identifies that sex is binary in law, and defines authoritatively the meaning of “for all purposes” at s.9 of the Gender Recognition Act 2004.

The judgment puts to rest the misconception that it is lawful to discriminate against those who recognise women as a class of people identified on the basis of their sex. The judgment sets out how the European Convention on Human Rights and the Equality Act 2010 combine to provide clear and enforceable protections for those who dissent from or question gender theory, and those who take no position on the theory at all.

The judgment directly addresses some of the unhelpful and confused commentary that this case has attracted, and in particular the assertion that Convention-protected speech and even belief necessarily harass trans people such that recognising the Convention rights in that speech would give legal protection to harassment. In reality, and for the reasons clearly explained in the judgment, no such risk exists: unlawful conduct is unlawful, regardless of any philosophical belief which may be said to underpin it. Gender critical beliefs do not necessitate transphobia or harassment, but where harassment occurs, philosophical beliefs are no defence to the enforcement of protections  provided at law.

We now await notice of whether the Respondents will appeal the judgment. If they do, we anticipate success in defending such appeal. In the absence of an appeal, we will return to the Employment Tribunal where we will show that Ms Forstater was unlawfully discriminated against for the protected belief which she has now established in law."

Peter Daly is an employment lawyer with a track record of pursuing high profile and complex litigation, and of resolving disputes effectively. His work pushes the boundaries of discrimination and whistleblowing law and both Chambers and The Legal 500 rank him as one of the UK’s leading employment lawyers. Click here to find out more about Peter Daly and his work 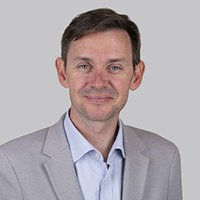