For non EEA nationals wanting to work or study in the UK, using the UK’s international human rights obligations can be an effective route to getting the visa needed to remain here lawfully as well as a way to protect their family’s human rights. Immigration specialist, Anna Blackden, whose experience also includes human rights casework and asylum law, has secured successful results outside of the usual Points Based System Visa routes with recent clients including:

We were approached by a non EEA national who despite overstaying her student visa wanted to remain in the UK and continue being the long-term full-time live in carer of an elderly British citizen with a serious long-term medical condition. The Home Office had refused the non EEA national’s initial application for further leave to remain in the UK. With no in-country right of appeal, the client’s only option was to challenge the refusal decision by judicial review. We did this through the Upper Tribunal of the Immigration and Asylum Chamber, where we argued that the decision to refuse our client permission to remain in the UK breached her right to respect for private life under Article 8 of the European Convention on Human Rights 1950. In submitting the immigration application, the medical evidence gathered showed the dependency and close bond between our client and the British citizen as well as the physical and mental distress our client’s departure would cause. In making the judicial review challenge, we highlighted the recent developments in Article 8 case law in relation to carers and how the human rights of the British citizen being cared for should also be included in an Article 8 assessment. Following the legal challenge to the lawfulness of the decision, the Home Office granted the non EEA national carer a temporary visa to remain in the UK.

We were also instructed by a national of an African country who had overstayed her visit visa and lived unlawfully in the UK for many years.  Numerous previous attempts to remain in the UK on the basis of her UK family life (including marriage to a British citizen) had proved unsuccessful due to the client receiving poor immigration advice from her previous solicitors. Soon after meeting with the client, we identified her likely political persecution on return to Africa as her daughter was a human rights activist and high profile critic of the ruling government. This information had not been included in previous applications to the UK Home Office. The UK is a signatory to the 1951 UN Refugee Convention which provides that a state cannot return refugees to a country where they face serious threats to their life or freedom. From this it was clear that our client was a 'refugee sur place' i.e. not a refugee when she first left her country of origin but subsequent events arose during her absence which meant she would face a risk of persecution on return. We helped our client navigate the UK's complex asylum process, accompanying her to two Home Office interviews and collating comprehensive personal and country specific evidence as well as case law evidence to support her claim for asylum. Our client was subsequently recognised as a refugee and is now looking forward to living in the UK without fear of having to return to the African country.

The supervising partner on these cases, Anita de Atouguia, previously worked for the UNHCR in South Africa and also has prior experience working on human rights and asylum claims at leading national UK firms specialising in this area. The team at Doyle Clayton can therefore provide you with specialist legal advice on this complicated area of law. Please note that unfortunately we do not offer legal aid funding. 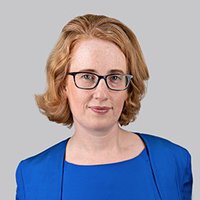