The Supreme Court has ruled that a person born outside the UK between 1949 and 1983 to a British mother is entitled to apply to register as a British citizen, regardless of whether their birth was registered with a British Consulate.

Until 1983, obtaining British citizenship by descent was only available to those whose father was a United Kingdom citizen. If their father was himself a citizen by descent, the birth also had to be registered at a British consulate within a year (unless the child was born in a British controlled territory or the father was in Crown service at the time of the birth).  Citizenship by descent could not be passed through the female line and therefore no birth falling in this category could be registered at a British Consulate.

The British Nationality Act 1981 introduced the right to pass on citizenship by descent through the female line for those born from 1 January 1983 onwards. In 2003, this right was also applied retrospectively to those born before 1983.  Applications through the female line were to be dealt with on the same terms as applications for citizenship by descent from the father. However, no provision was made to deal with the fact that applicants using this route could not comply with the requirement to have their birth registered at a British Consulate within a year of birth.

This issue has now been addressed by the Supreme Court.

In The Advocate General for Scotland v Romein, Ms Romein was born in the United States in 1978. Her father was a US citizen with no personal connection to the United Kingdom. Her mother was born in South Africa and was a UK citizen by descent because her father had been born in the United Kingdom. While pregnant, Ms Romein’s mother had contacted the British Consulate in Johannesburg to enquire about British citizenship for her unborn child. As citizenship by descent could not be passed through the female line at the time, she was told that her child would not be eligible for British citizenship.

In 2013, Ms Romein sought to take advantage of the change in rules in 2003 allowing those born before 1983 to acquire citizenship through the female line. However, her application was rejected by the Home Office as her birth had not been registered at a British Consulate within a year of birth. Of course, this was because she was ineligible to apply for British citizenship and so the British Consulate, acting lawfully at the time, would not have registered her birth.

Ms Romein applied for a judicial review of the Home Office’s decision, but the decision was upheld by the Outer House of the Court of Session in Scotland who applied a strict interpretation of the statutory language. Ms Romein appealed to the Inner House of the Court of Session which applied a more purposive approach. Overturning the Outer House’s decision, it ruled that where an applicant can show that their birth would have been registered at a British Consulate had the law not prevented it, then their application for citizenship should be granted.

The Home Office appealed to the Supreme Court.

The Supreme Court agreed unanimously with the Inner House that the Home Office’s original decision was wrong and in fact went further, ruling that the requirement for registration of the birth to have taken place should be disregarded altogether. 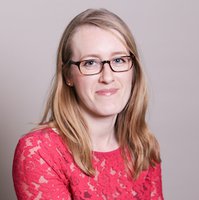