A recent survey of 1,603 parents and carers suggests a side effect of the COVID-19 pandemic is an increased desire to work flexibly.

Key findings of the survey were:

The survey also suggested some employers are already on board with the potential shift in working styles. 28% of the individuals surveyed reported that their employer was putting plans in place in anticipation of an increased demand for flexible working and 10% said their employer was looking to support staff flexing their hours across the working week.

The survey was conducted by charity Working Families, who said the results of the survey showed the statutory right to request flexible working needs to be strengthened, and a Government overhaul of the law was needed sooner rather than later. Other recommendations it made include:

Under the current law, employees can only make one flexible working request per 12 months, and only after 6 months of service with a company. The request itself must take a prescribed form, and the employee is required to consider the effects of the change on their workload and their colleagues. The employer must then consider the request reasonably and fairly, and within a fixed time period. The employer can only refuse a request on a set list of grounds (such as inability to reorganise work among existing staff, or the burden of additional costs).

The findings of this survey and other surveys conducted since lockdown began indicate that flexible working may become more important than ever in terms of acquiring and retaining talented employees. If acted on, these recommendations could result in employers having to actively consider re-designing roles to allow for more flexibility. The right to request flexible working could also become a “day one” right. The government had already announced its intention, subject to consultation, to include provisions in a new Employment Bill making flexible working the default but has not yet started that consultation.

You can read the full survey here 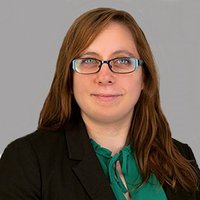