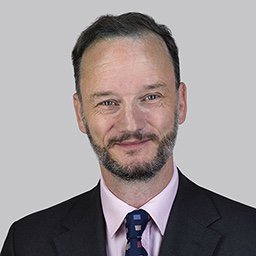 James is an established UK employment law expert and deals with a wide variety of employment matters for both employers and employees. He appreciates that his clients need good advice quickly in order to be able to make the best commercial decisions.

He is a very knowledgeable and pragmatic partner whose patience is unlimited and who offers a superior level of support to clients. James is particularly known for his work on employment-related litigation.”

“He’s sensible and a good guy to work with.”

“He’s excellent. He was always clear about the strategy, options and risks. When dealing with him, he always made me feel like I was the only client that was important despite that clearly not being the case. His strengths include: consistency, clarity, determination, empathy and expertise.”

Following a career at two top ranked employment law teams - where his clients included The Times, RMC Concrete (which became CEMEX), Gate Gourmet, Baxter Healthcare and Oxford Brookes University, James joined Doyle Clayton in 2010. At Doyle Clayton, James has added to his experience as a litigator and advocate regularly advising on TUPE, discrimination and whistleblowing claims as well as complex and often high value discrimination cases. Other areas James regularly helps clients with include -

These include many companies and employees in banking, financial services and tech sectors with examples including -